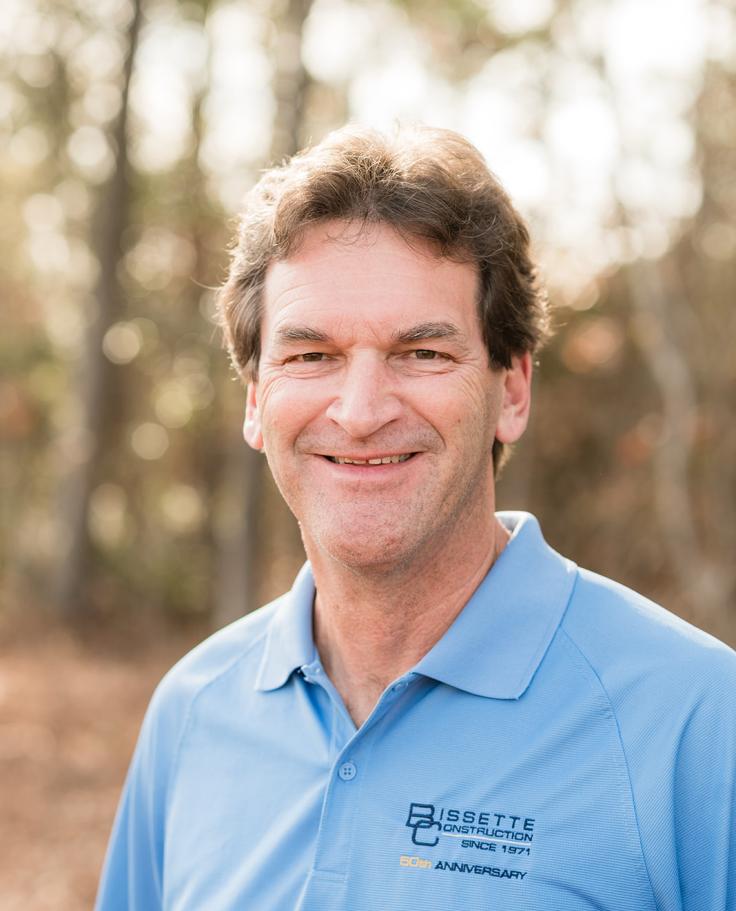 Mark began his career with Bissette Construction on a part-time basis, working as a laborer during summers while in high school. After earning a bachelor’s degree in Civil Engineering at Virginia Tech, Mark worked as a field engineer for a local bridge-building firm McLean Contracting, then as a Project Engineer for the civil engineering/surveying firm of PHR&A, where he earned his Professional Engineers license. Mark teamed with his father and company founder Randy Bissette at Bissette Construction in 1991, starting as a Concrete Foreman. He took charge of all field operations in 1995 and became President of the company in 1997.  During Mark’s tenure, the company has grown from a small curb and gutter subcontractor into a full-scale site development and infrastructure construction company, whose customers include Developers, General Contractors, Municipalities and VDOT. Mark is a past President of The Hampton Roads Utility & Heavy Contractors Association (HRUHCA). Mark lives in Virginia Beach with his wife and 2 sons, and enjoys golf and boating.

Need sitework for a new project?